On Saturday night, over 6,000 Jewish and Palestinian citizens of Israel packed Rabin Square in central Tel Aviv to protest the Israeli government’s plan to annex large areas of the occupied West Bank. Netanyahu has stated that Israel will begin annexing settlements, including in the Jordan Valley, on July 1, and has pledged that Palestinians living in annexed areas will not receive Israeli citizenship.

The demonstration, which was organized by over 30 left-wing groups and peace organizations, included pre-taped speeches by U.S. Senator Bernie Sanders and Joint List head Ayman Odeh, as well as Meretz Chairman Nitzan Horowitz, Meretz MK Tamar Zandberg, singer Ahinoam Nini, and myself. The full text of my speech follows.

A Section of Interrogation Minutes / Samih al-Qassim (translated from Arabic by Abdulwahid Lu’lu’a).

– And how do you call the homeland?

– Yes, sir, I do confess.
I am not a professional tourist!

– You say my homeland?

– I say my homeland.

– And where is my homeland?

– And the storming winds?

– And the fields of fertility?

– And the mountains’ grandeur?

– And how do you call the homeland?

– And how do I call my homeland?

The Israeli right’s fantasies of annexation, which have recently turned into the campaign promise of the “political center” — the same group that was supposed to present an alternative to a corrupt regime and ended up becoming its most loyal servant — often reminds me of Samih al-Qasim’s beautiful poem.

In his own way, al-Qasim shines a light on one of the most prominent characteristics of Israeli colonialism over the past 70 years: the dread of having to face the rootedness of the native, and the stubborn attempt to do away with it. The dread that its spoken language with another people will always be relegated to a section of interrogation minutes. 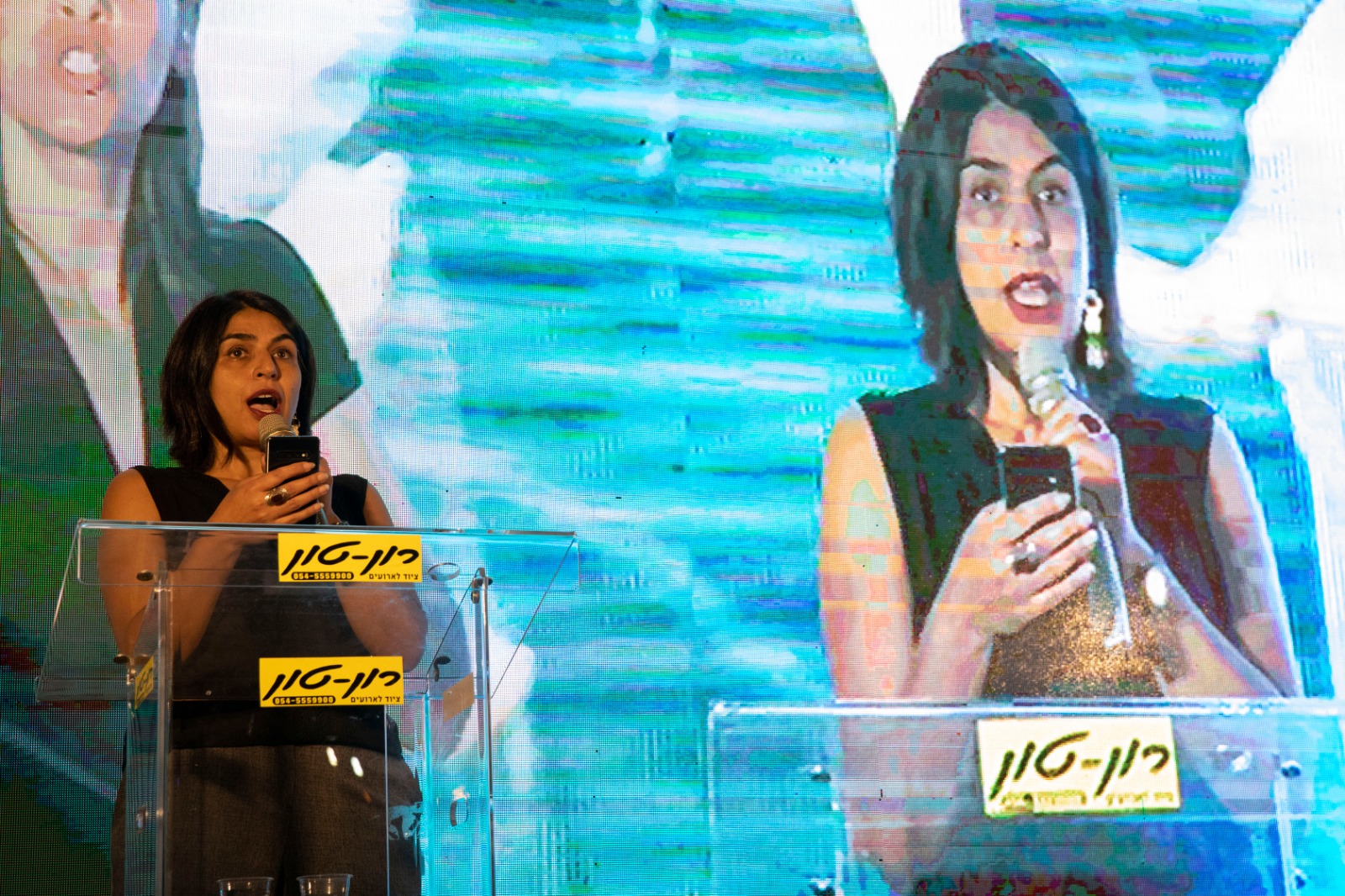 Orly Noy delivers a speech at during a demonstration in Rabin Square against the government’s annexation plan, Tel Aviv, June 6, 2020. (Oren Ziv)

After all, this is a state that bases its control over people without rights by imposing a violent military occupation, and by creating a reality on the ground using hundreds of thousands of settlers and legislation like the so-called Regularization Law. It is only natural, then, that the state would want to bestow official status upon this kind of theft.

Those who take comfort in the idea that annexation will force the State of Israel to decide between outright apartheid and democracy should look at the face of Iyad al-Hallaq, who was murdered just a week ago by occupation forces in annexed East Jerusalem. This is the face of annexation.

As a resident of Jerusalem, I see these faces every day in a city whose wounds cannot be healed by the presence of a foreign flag; where the sovereignty imposed on its Palestinian residents has not once come with any assurance of equality or rights; where Palestinian lives and property are prey to an unrestrained occupation.

The struggle against this plan is not the struggle of Palestinians alone. We, the Jewish public, are committed to the struggle not only out of solidarity, but for the sake of our own humanity, so that we will not continue to kill and die as inglorious bastards, masters of a territory that does not belong to us.

Colonialism will never be able to turn occupied land into a homeland by force and apartheid laws. This vile understanding of reality as a zero-sum game is not a decree. 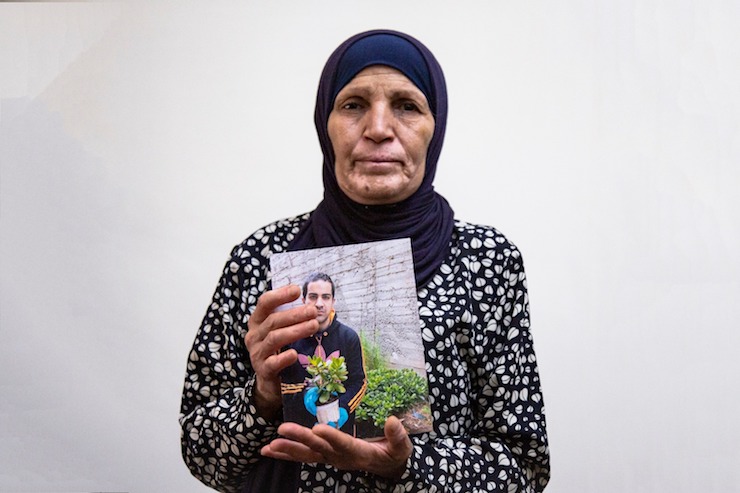 The mother of Iyad Hallak, the Palestinian man with autism who was killed by Border Police officers, holds up a photo of her son, June 2, 2020. (Activestills.org)

These days, hundreds of thousands of people in the United States are taking to the streets under the slogan “Black Lives Matter.” With the murder of Iyad al-Hallaq and the upcoming annexation plan, we must echo the slogan: “Palestinian Lives Matter.”

This slogan should also be heard in front of every military checkpoint that arbitrarily chokes an entire village, in front of every Palestinian home that Israel demolishes, in front of every hamlet it evacuates as part of its ethnic cleansing of the West Bank. Because the meaning of life is also freedom, free movement, sovereignty, and full civil and national rights. It is not only physical existence that is worth fighting for, but about life in its most complete sense.