Last week, my colleague Edo Konrad published an article revealing that, in honor of Israel’s Memorial Day, the Defense Ministry had decided to give bereaved Israeli families bottles of olive oil produced in a settlement in the occupied West Bank.

The olive oil is produced by Meshek Achiya, a factory located in the heart of the occupied territories about 45 kilometers north of Jerusalem, which was established in 1997 in the settlement outpost of Achiya. As Dror Etkes, an expert on settlement activity, explained to Konrad, Meshek Achiya was one of six outposts established west of the settlement of Shiloh in order to take over privately-owned Palestinian land.

Following the article’s publication, a number of bereaved families launched a petition demanding the Defense Ministry take back its gifts.

Over the weekend, “Haaretz Magazine” published an article about Israelis growing ancient olive trees in the Galilee in northern Israel. The article focuses on the Noy-Meir family, who have been growing “hundreds of these ancient trees,” many of which are between 200 to 800 years old, on land adjacent to Moshav Tzippori in the lower Galilee. The olive oil produced by Noy-Meir’s company, Rish Lakish, received high praise from Ronit Vered, the article’s author and Haaretz’s food critic.

But how did such ancient trees fall into the hands of the Noy-Meir family, which settled in Tzippori only 20 years ago? No historical context is given in the article to explain the existence of these trees, which, Vered writes, “are spread out over a large area and found in pastures difficult for cultivation and harvesting.”

One does not need to be an arborist to look for an answer: Moshav Tzippori sits on land belonging to the destroyed and depopulated Palestinian village of Saffuriya.

According to Palestine Remembered, a website dedicated to preserving the memory of the more than 400 Palestinian villages destroyed during the Nakba, Saffuriya was a relatively large community with over 5,000 residents in 1948. The area around the village, according to Walid Khalidi’s book “All That Remains,” was “well endowed with fertile soil and surface and underground water resources,” with olives being the village’s “chief crop.”

Saffuriya was conquered by Israeli forces on July 15, 1948. According to village residents, only a small number of people remained in the village after it was bombed from the air by Israeli forces, and very few were able to return and retrieve their property.

In his book “The Birth of the Palestinian Refugee Problem,” which unveiled previously-concealed Israeli state archives (and which Khalidi references), Israeli historian Benny Morris writes that those who remained in Saffuriya were expelled in 1948, but that “hundreds infiltrated back” in the months that followed.

Israeli authorities, Morris wrote, feared that if the returning Palestinians were allowed to stay, the village would “soon return to its pre-war population.” By then, neighboring Jewish settlements had already “coveted Saffuriya’s lands.”

According to Morris, one senior Israeli official stated in November 1948: “Next to Nazareth is a village… whose distant lands are needed for our settlements. Perhaps they can be given another place.” Soon thereafter, “the inhabitants were loaded on trucks in January 1949 and expelled again to the Arab communities of ‘Illut, al-Rayna, and Kafr Kanna.”

In short, the “hundreds of ancient olive trees” did not just grow out of thin air. The Palestinian residents of Saffuriya planted and cultivated them for centuries. The trees were stolen from them by force. The state leases those trees after claiming the village’s land as its own. Some of that land is now part of a man-made forest planted by the Jewish National Fund. 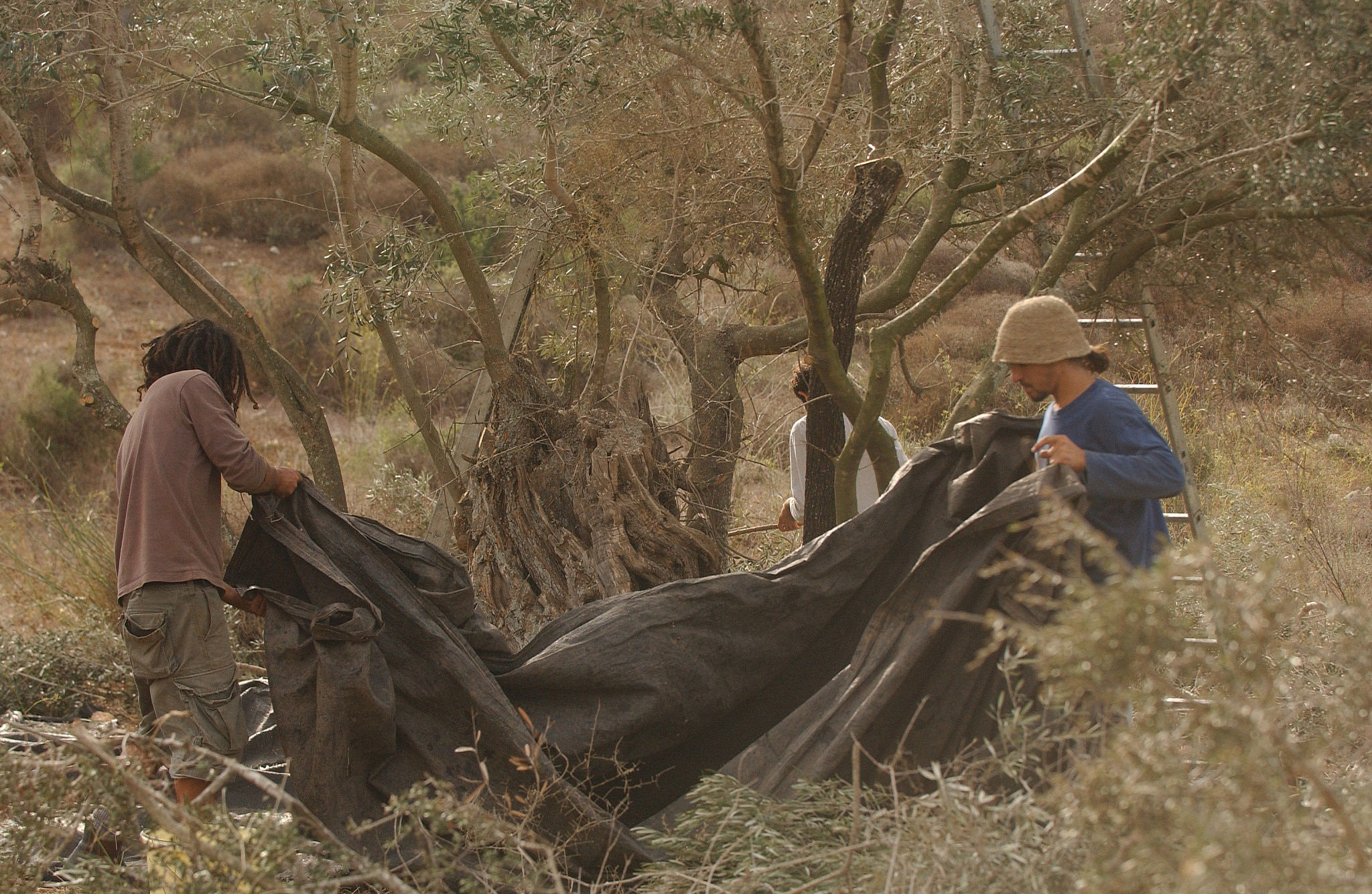 To their credit, the Noy-Meir family have been involved in helping Palestinian olive harvesters in the West Bank and are working alongside Palestinians whose families were uprooted from Saffuriya. Still, to ignore the village’s history, as the Haaretz article did, is no worse than ignoring the stolen land on which Meshek Achiya produces its olive oil in the West Bank.

Taha Muhammad Ali, the famed Palestinian poet, was born in and expelled from Saffuriya. The family of Mohammad Barakeh, the politician who heads the High Follow-Up Committee for Arab Citizens of Israel, was uprooted from the village. Saffuriya may be gone, but its memory lives.

I belong to an Israeli-Palestinian movement — Two States, One Homeland — which proposes that every Palestinian and Jewish Israeli can live anywhere they wish between the river and the sea, whether in the State of Israel or the State of Palestine. The refugees who return will be citizens of Palestine, but can live as residents with full rights in Israel, just as Israeli citizens can live as residents with full rights in Palestine. A confederation would establish a mechanism to facilitate the return of, and/or offer financial compensation, for property that was expropriated during the conflict.

We do not have a future here if we close our eyes to what happened in 1948, imagining that the conflict only began with the occupation of 1967. It didn’t.