In a statement, a copy of which sent to Palestine Post 24, Mladenov said: “The indiscriminate launching of rockets and mortars against population centres is absolutely unacceptable and must stop immediately.”

He ignored the continuous Israeli strikes in Gaza, which have resulted in the death of 24 and injured 69 over the past two days, in addition to demolition and damaging residential buildings in the besieged enclave.

“I am very concerned about the ongoing and serious escalation between Palestinian Islamic Jihad and Israel, following the targeted killing of one of the group’s leaders inside Gaza yesterday,” Mladenov said.

He added: “The indiscriminate launching of rockets and mortars against population centres is absolutely unacceptable and must stop immediately.”

Mladenov continued: “There can be no justification for any attacks against civilians.

“The continuing escalation is very dangerous. It is yet another attempt to undermine the efforts to improve the dire socio-economic conditions in Gaza and prevent another devastating conflict.”

He stated that the “UN is working to urgently de-escalate the situation.”

In the early hours of Tuesday, Israel targeted the home of Islamic Jihad Commander Bahaa Abul-Ata killing him and his wife as they were slept. His children and neighbour were injured in the attack.

Palestinian factions have since united to stop Israel’s aggression against the Strip.

MoH: Death toll of casualties resulted by continuous Israeli aggression on #Gaza rises to 24, including #woman.

The wounded: 69, including seven in very critical conditions!#GazaUnderAttack#Gaza_Under_Attack 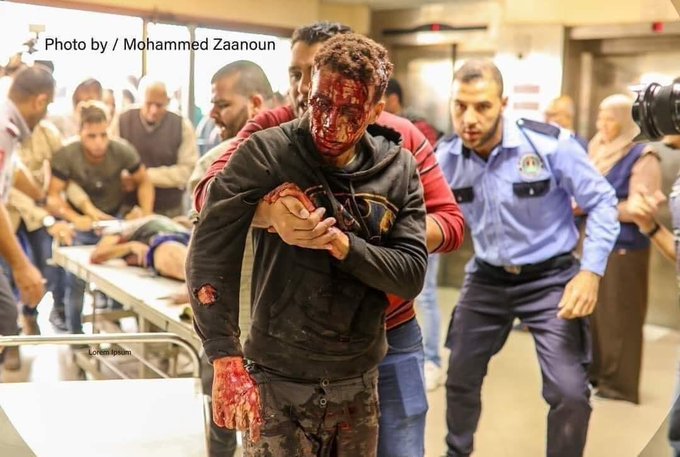