Earlier this month Yehya Karaja, a homeless Palestinian living in Gaza City who set himself on fire in September near a crowded public park in an apparent protest over dire living conditions, died from his wounds. He was 26.

Yehya faced many hardships. His father died when he was very young, and his mother later moved to Jordan to marry another man—leaving Yehya and his brother behind. Unable to afford higher education or to find more than occasional, manual work that wasn’t enough to live on, Yehya and his brother ended up homeless. They slept in public places, like cemeteries. But he didn’t give up on life easily. He went to the home of a Hamas leader to ask for help. The leader’s guards turned him away, saying, “Ismail Haniyeh is not responsible.” Yehya also went to the vacant home in Gaza of Palestinian President Mahmoud Abbas, but the guard there also turned him away. He contacted NGOs too, but funding cuts have made assistance hard to come by. So instead he made a handwritten sign and walked down the streets of Gaza, asking for help. He tried. Hard.

There’s a lot of parties I blame for Yehya’s death: the Israeli government, for its imposition of cruel, arbitrary sanctions on the entire population of the Gaza Strip; the Hamas leadership of Gaza, for their own oppression and corruption; the Palestinian Authority in the West Bank, which has retaliated against all Gaza residents because it detests Hamas; his extended family, who—in our culture—should be caring for Yehya; and his mother, who abandoned him and his brother.

Yehya’s tragedy doesn’t end there.  His body was left in the hospital morgue for four hours (a long time, in light of the fact that Islamic tradition requires immediate burial) before someone was able to retrieve it for burial. His brother, Abood, didn’t have the $220 required for the burial until later. Abood was forced to receive people wishing to offer condolences on the streets of Gaza; he still doesn’t have a home.

In the last known video of Yehya, recorded while hospitalized in an intensive care unit, the heavily bandaged young man tells the camera with labored breathing, “Good morning! How are you all doing? I hope you’re doing fine. I want to let you know that I didn’t burn myself. I didn’t attempt suicide. I just exploded. Pray for me.”

When I was growing up in Gaza, I never heard the word “suicide.” The first time I was exposed to the concept was when I was 15 and saw the act depicted in Hollywood movies. And it was portrayed in conjunction with unrequited love, like in Romeo and Juliet, sudden trauma. In the Hollywood context, suicide can seem romantic—especially when celebrities are involved.

But in a conservative society like Gaza–laced with cultural, social and religious norms and expectations–suicide is one of the biggest taboos. In Islam, it is forbidden, and in Gaza, the families of a person who killed himself endure massive social stigma and shaming. The Middle East has the lowest suicide rate in the world, despite the frequency of violent conflicts, oppressive governments, and pervasive poverty. At the same time, Palestine has the highest suicide rate in the region. Based on the stories I hear, acts of self-immolation also seem to be on the rise. Last year a 22-year-old public employee and father of two young children survived after setting himself on fire while cursing the Palestinian government. 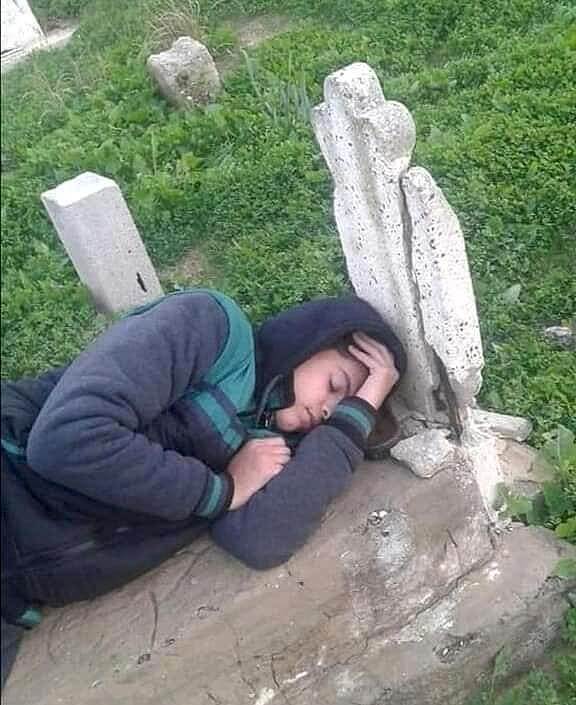 Yehya’s story is a genuine reflection of where Gaza is today: dehumanized, inhumane, marginalized, weary, insecure—trying and trying but failing. The unemployment rate among youth is above 70 percent, and 90 percent of households live in poverty. These statistics were very personal for Yahya, compounded by the lack of family support. I can only conjecture on what brought him to the point of taking his own life, but I do know he was a person whose life had been shaped and scarred by war, misery, and pain.

In the days after learning of Yehya’s story, my grief led me to some twisted thoughts. I’ve sometimes pondered if it would be best if Israel detonated one of the nuclear missiles we all know it has to relieve us Gazans. I’ve often heard people say that they wish for another war so they could die that way. Death by military fire is nobler than suicide, so their thinking goes. At least dying in a war, they’d be honored as “heroes” or “martyrs,” relieving their families of blame.

Yesterday I was invited to speak as a Palestinian at a Presbyterian church in a suburb near Washington DC. I typically avoid events like these. We Palestinians are like turtles; we carry the weight of our home wherever we go. It reminds me too painfully of the gap between the relative comfort of living in the United States and the harsh reality of Gaza—where my family still lives. The reminders make me feel selfish and guilty for being here. Thus, I seek to disentangle myself from Gaza and its memories.

Nevertheless, I accepted the invitation and I attempted to talk about what’s positive about Gaza. Some attendees shared how “traumatized” they were after visiting Palestine, and they appreciated my effort to share what’s beautiful rather than what’s painful about Gaza. At the end of my presentation, the pastor lit a candle and invited everyone else to do the same, dedicating it to a memory or a wish for peace. I wanted to light a candle too, but I didn’t. I wasn’t sure if it would be appropriate since I’m not a Christian. In retrospect, I should have.

Tonight, before I go to sleep, I’m going to curse God once, ask Him to forgive me after, then light two candles—one asking for peace Yehya’s soul and another for his surviving brother.

Eight Palestinians injured in clashes with IOF in Azzun town